Berthold Laufer and The Field Museum

Berthold Laufer has been lauded as the premier sinologist of his generation for his considerable contributions to early anthropological research in China. Paradoxically, even among experts, Laufer's accomplishments are relatively obscure and much lesser known that those of Franz Boas, his mentor and colleague.

Born in Cologne Germany,  Laufer was a student of Oriental languages and earned a doctorate in philology from the University of Leipzig by the age of twenty-three, where he learned Persian, Sanskrit, Pali, Malay, Chinese, Japanese, Manchu, Mongolian, Dravidian, and Tibetan from some of the greatest scholars of the day.

As curator of Asian Anthropology at the Field Museum from 1908 to 1934, Laufer was a pioneer in the study of Asian cultures and a collector of a vast amount of material culture during his expeditions on behalf of the Museum. Best known for his studies on Han period (206 B.C. to 220 A.D) ceramics, jade, and ancient bronzes, Laufer also wrote original publications on wide-ranging topics from Chinese theater, to singing crickets, to the introduction of tobacco into Europe. His publications produced for the Field Museum may be accessed freely online here via a partnership with the Biodiversity Heritage Library (BHL). Incidentally, Laufer's leaflet "The Giraffe in History and Art" is regularly in the top 10 of accessed Field Museum material hosted by BHL.

Annual Report of the Director to the Board of Trustees

Early annual reports of the Museum provide rich details on expeditions and collections as well as other activities from those years. Reports that overlap Laufer's tenure may be accessed here.

Berthold Laufer holding a jade circa 1932. 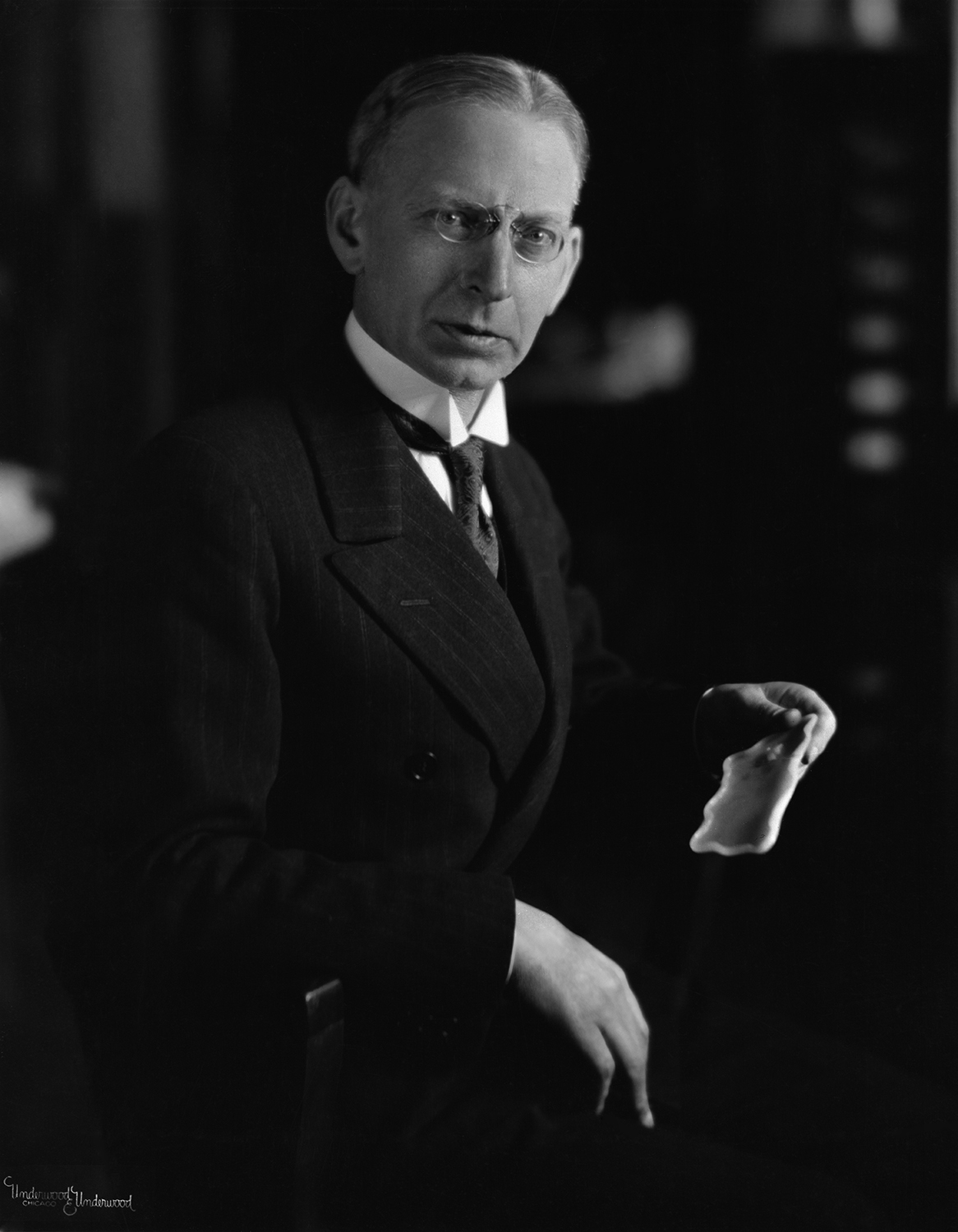