Bushman the Gorilla lived at the Lincoln Park Zoo in Chicago from 15 August 1930 until his death on 1 January 1951 at age 22. Once described as "the most outstanding animal of any zoo in the world and the most valuable," Bushman remains on display on the Ground Floor of The Field Museum. Articles referenced below describe the life of Bushman and his impact on millions of visitors to both the Lincoln Park Zoo and The Field Museum. 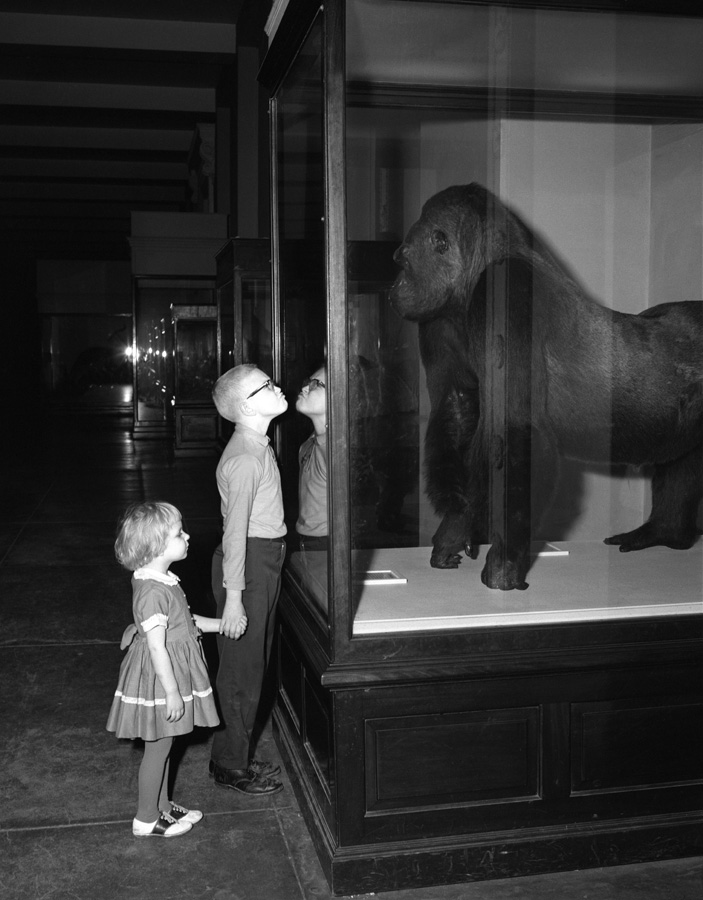 Boy and girl making faces at Bushman the Gorilla. 1963. Published in the Annual Report to the Director of the Field Museum of Natural History  (January 1964): 31.