Ancient Egypt, by Donald Whitcomb, Peter Lacovara, William J. Murnane, Bruce Williams, and Judith Cottle
Archaeology of North America, Hall B, by Paul S. Martin
Australian Aboriginal Art: Arnhem Land, by Louis A. Allen
The Art of Benin. A Catalogue of an Exhibition of the A.W.F. Fuller and Chicago Natural History Museum Collections of Antiquities from Benin, Nigeria, by Phillip J.C. Dark.
Ethnology of Africa, Hall D, by Wilfrid D. Hambly
Ethnology of Polynesia and Micronesia, Hall F,  by Ralph Linton
The Fuller Collection of Pacific Artifacts, by Ronald W. Force and Maryann Force
Indian Art of the Americas, by Donald Collier
Indians of the Western Frontier, Paintings of George Catlin, by George I. Quimby
The King’s Day. A Day in the Life of an African King, by Margaret Plass
The Melanesians, People of the South Pacific, by Albert B. Lewis
Oriental Theatricals, by Berthold Laufer

A New Method of Making Foliage for Miniature Dioramas. By Alfred L. Rowell. 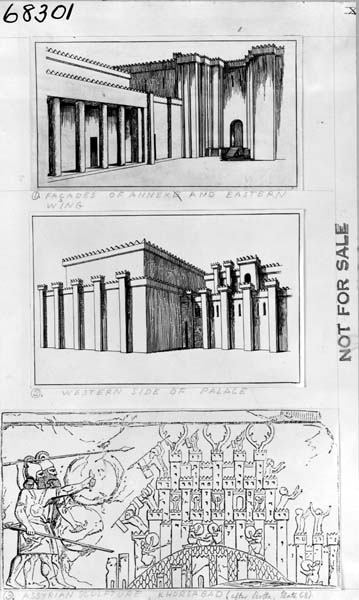 From A Sumerian Palace and the "A" Cemetery at Kish, Mesopotamia by Ernest Mackay. Anthropology Memoirs series 1929 Vol. 1 No. 2.