Archives at The Field 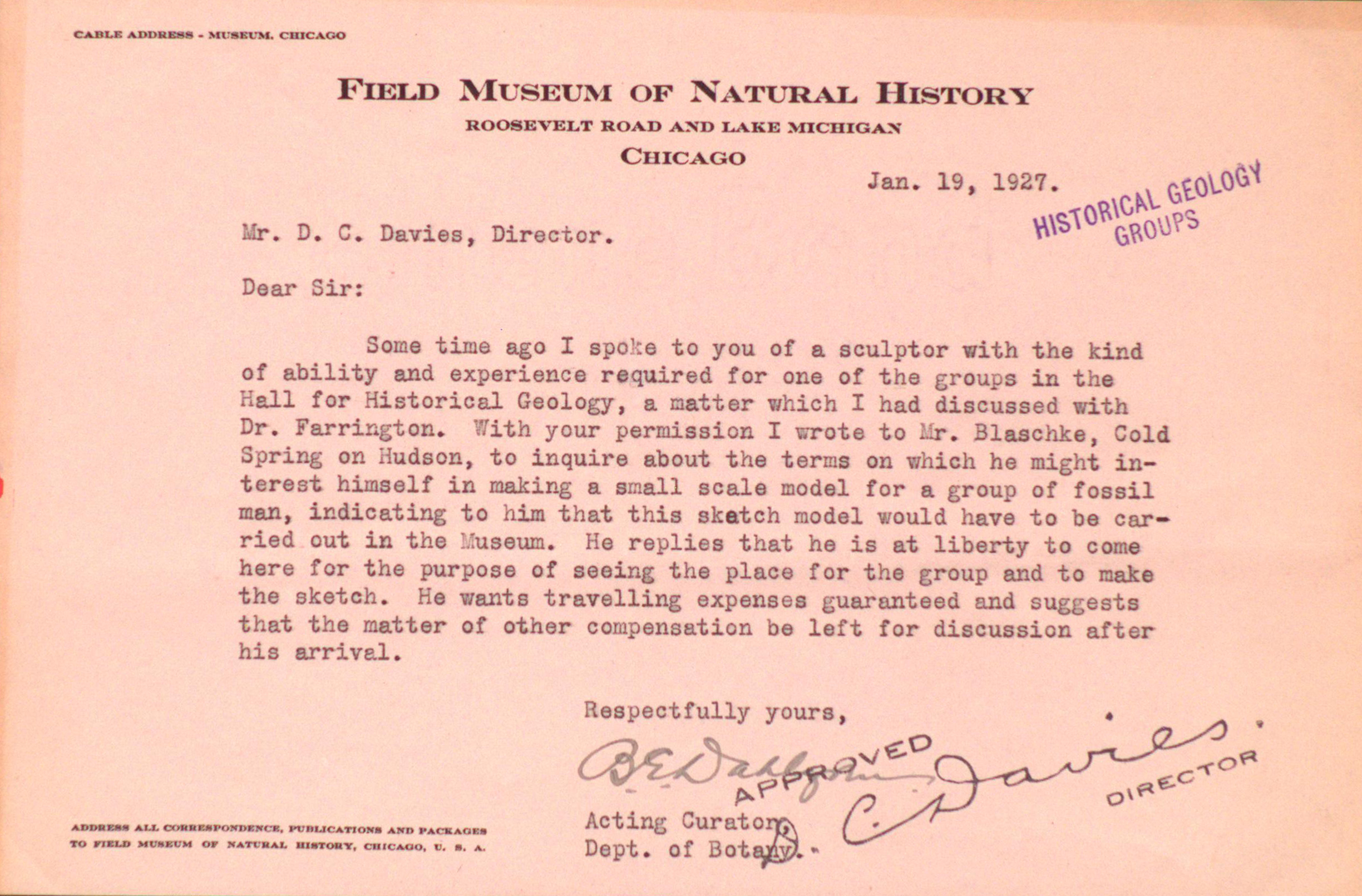 A selection of Field Museum high-resolution images featuring Frederick Blaschke and his work are available via Getty Images. 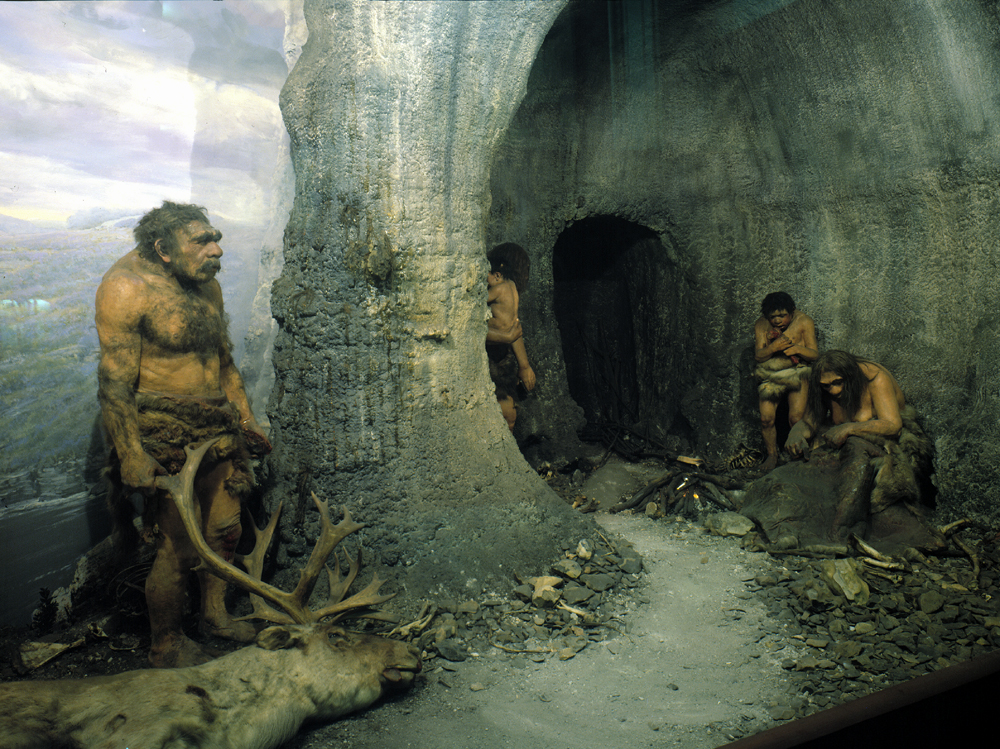 Neanderthal Family diorama figures by Frederick Blaschke, made for Geology Hall installed in 1929. Figures shown: a man about fifty-five years of age, a young woman holding a child, an older woman, and a boy of about ten years of age. Scene shown depicts a cave shelter, Le Moustier, France. 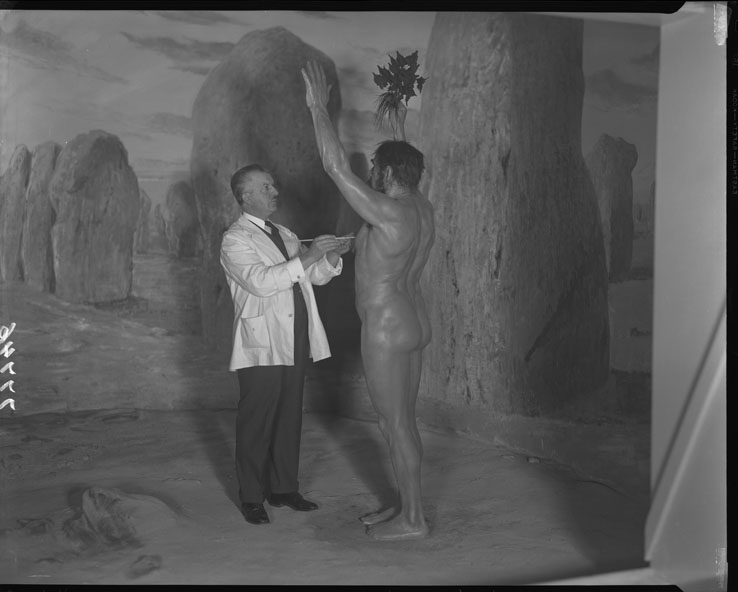 Frederick Blaschke, sculptor at work. Progress of the Neolithic Sun worshipper diorama. Model figure's arms are raised. Based on the rock Alignment at Carnac, Brittany.