The Field Museum commissioned artist Julius Moessel through the WPA for a series of murals titled "The Story of Food Plants." The 18 murals were reviewed favorably by one critic as "far and away his most important public work since he came to America." For further reading on Moessel and The Field Museum, please refer to "Rediscovering Julius Moessel: Chicago and The Field Museum's Master Muralist." In the Field v. 70 (May-June 199): p. 2-5. 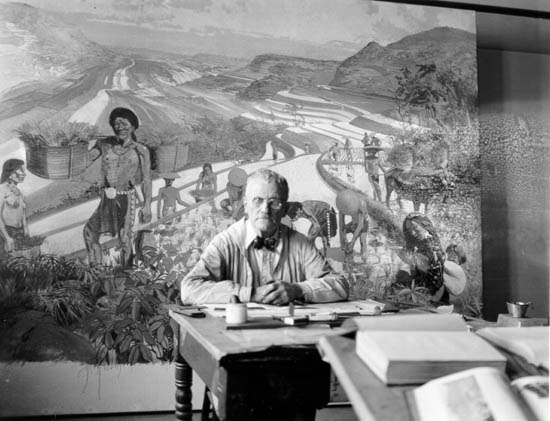 © The Field Museum, B82084. Julius Moessel, artist commissioned for murals as part of WPA, sitting in front of "Rice Growing in the Philippines" painting for Hall 28. 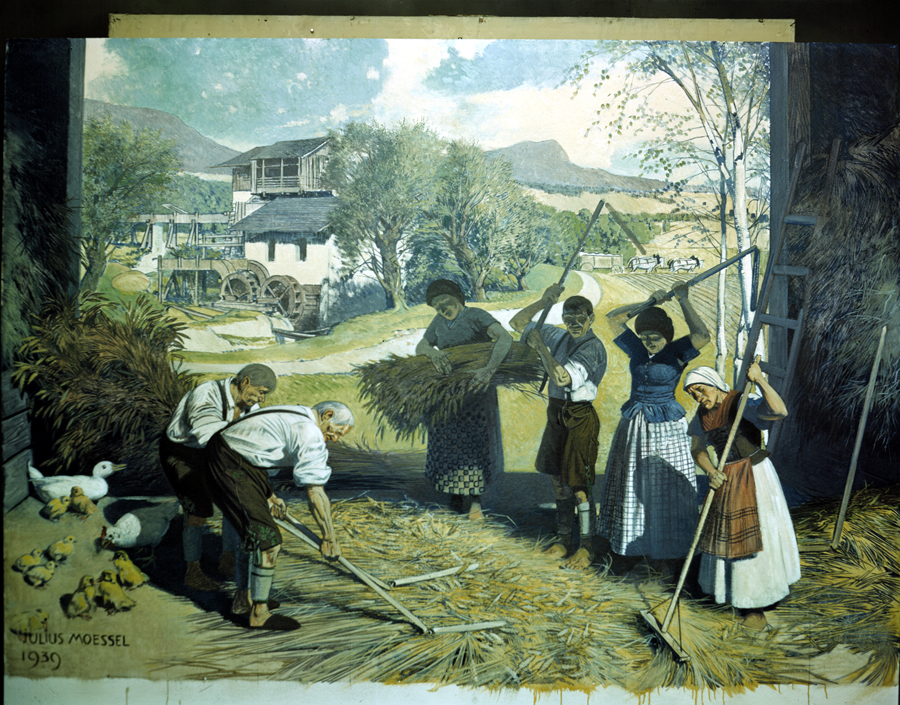 © The Field Museum, B79599c, Photographer Clarence B. Mitchell. Threshing with flails, Europe. Mural painting by Julius Moessel. One of a series to illustrate man's quest of vegetable food. Read online: "The Story of Food Plants" by B.E. Dahlgren with illustrations by Julius Moessel.

Stephen E. Nash's chapter "The Great Depression Begets a Great Expansion: Field Museum Anthropology, 1929-1941," provides extensive detail and context on WPA activities and the Anthropology Department at the Museum during those years.

For specific questions about our holdings, please contact Museum Archivist Armand Esai via email at aesai@fieldmuseum.org.