Man-Eaters at The Museum

In March 1898 the British started building a railway bridge over the Tsavo (SAH-vo) River in East Africa. Over the next nine months, two large male lions reportedly killed and ate 135 railway workers and native Africans. (Please note: More recent research into these claims disputes this number. See the tab "Current Research" for more detail.) Crews tried to scare off the lions and built campfires and thorn fences for protection, but to no avail. Hundreds of workers fled Tsavo, halting construction on the bridge. Before work could resume, chief engineer Lt. Col. John Henry Patterson (1865-1947) had to eliminate the lions; after many near misses, he  shot the first lion on December 9, 1898, and three weeks later the second. The construction crew returned and completed the bridge in February 1899. (The 1996 movie "The Ghost and the Darkness" was the third Hollywood film to be based on Patterson's adventures in Tsavo.)

One of the largest man-eating lions on record, the Man-eater of Mfuwe (pronounced Muh-Fuh-way) terrorized the residents of Zambia’s Luangwa River Valley in 1991. After devouring its sixth known victim, this lion paraded through the streets, roaring and carrying a clothes bag that it had taken from the victim’s home. In the past, residents would have been able to kill the lion themselves, but hunting is now severely restricted. The Zambian government allows only safari hunting for the income it generates; former Chicagoan Wayne Hosek shot and killed the lion during a safari in the region. 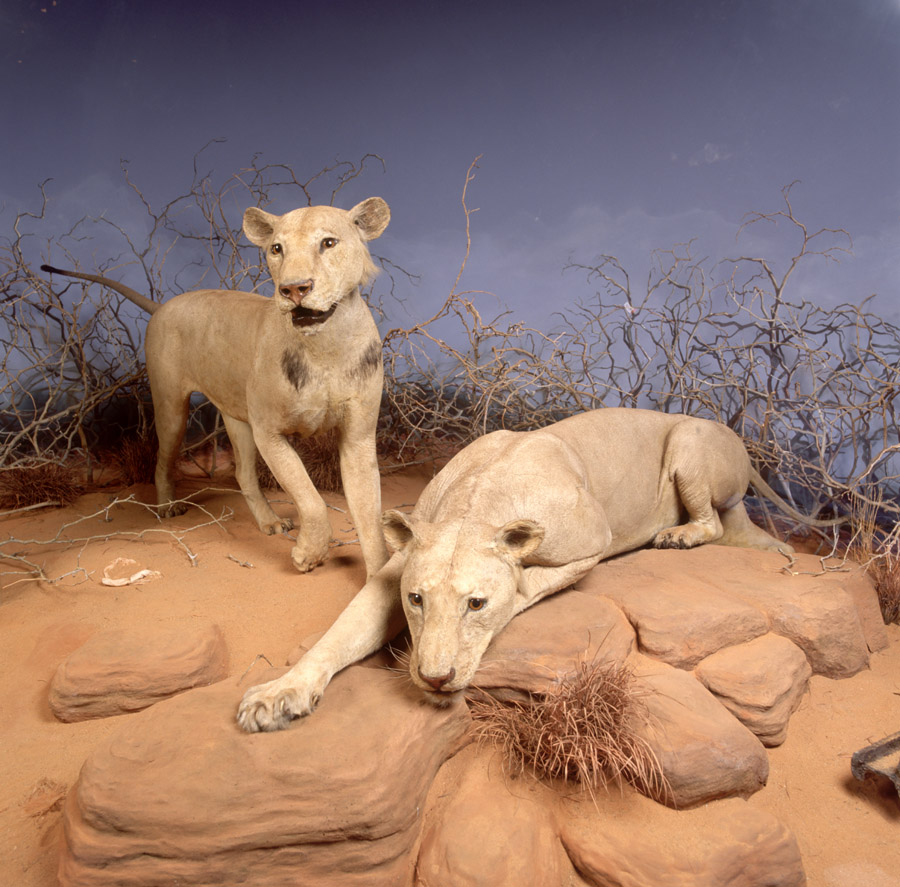 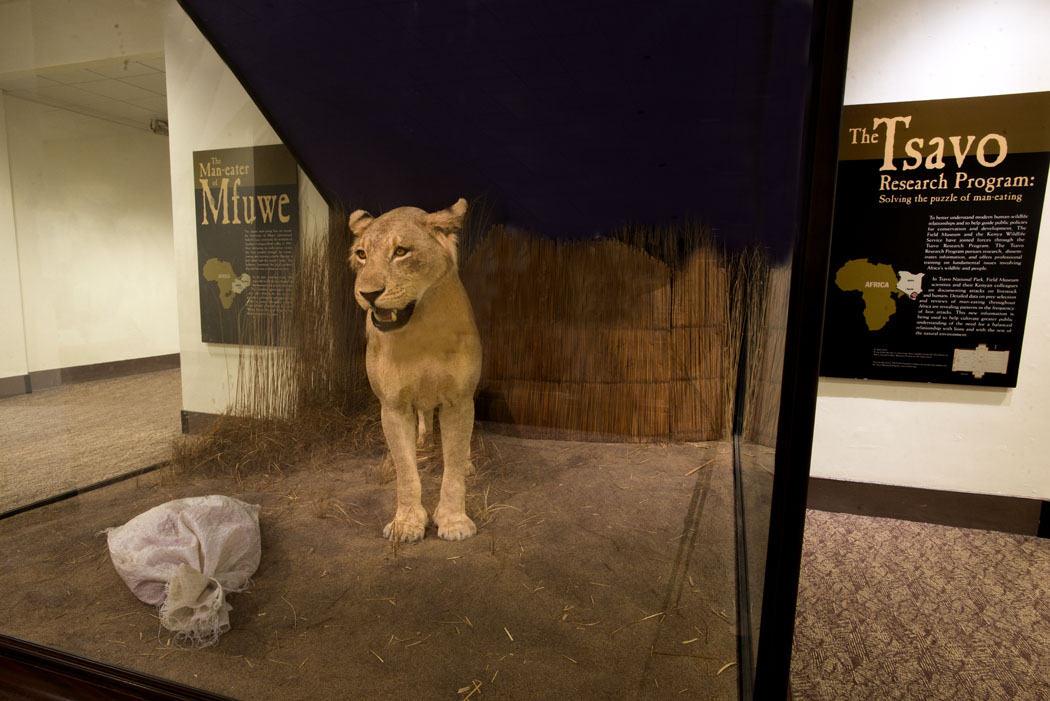